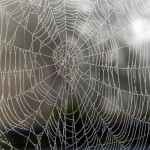 “Hello. My name’s Sharon and I’ve been supporting the JISC funded RM (Relationship Management) Programme.” I haven’t just stepped into Programme Supporters Anonymous, but as I’ve been looking back over my time supporting the Programme, I just thought I’d share some of my reflections.

I’ve been supporting the RM Programme since 2009, when Phase 1 started. Phase 2 has just finished and apart from the synthesis work and a couple of bits and bobs, the support aspect has pretty much finished. This has given me the time to look back and reflect on the Programme from a Programme Support angle.

Now that the current phase of the Programme has come to an end, I will miss my contact with the project teams. This phase of the Programme has had an extra layer of interaction in the form of five hard-working and very useful Critical Friends, and to some extent I did feel that I missed out on hearing about some of the key moments in the projects’ story – a bit like only seeing a child every couple of months and suddenly realising how much they’ve grown. However, I tried to make up for this by having regular telephone calls with the projects and keeping the communication channels open. I hope they found them useful and they certainly helped me try and build up a mental picture of the Programme as a whole. In some respects, I’ve felt a bit like a spider at the centre of a web, periodically pinging all the strands, making sure everyone’s OK, and weaving together a picture of RM in HE and FE. I’ve also felt like a shepherd, gently herding everyone down to the summer pastures (their final case studies and deliverables for JISC).

Perhaps I am looking back on my time with the project teams with rose-tinted glasses, particularly now that I’m involved in writing up the overall Programme outputs. Perhaps too, the project teams may have wanted something different in terms of support (I’ll know when I’ve collated their evaluation comments); but for me, the RM Programme has been all about the management of relationships and the delight in seeing the projects grow and progress.

PS: The Monkees song is “Shades of Gray” (but that’s a whole other story).