This version of the conceptual model (of learning opportunity provision + assessment + award of credit or qualification) uses the CmapTools facility for grouping nodes; and it further extends the use of my own “top ontology” (introduced in my book).

There are now two diagrams: a contracted and an expanded version. When you use CmapTools, you can click on the << or >> symbols, and the attached box will expand to reveal the detail, or contract to hide it. This grouping was suggested by several people in discussion, particularly Christian Stracke. Let’s look at the two diagrams first, then go on to draw out the other points. 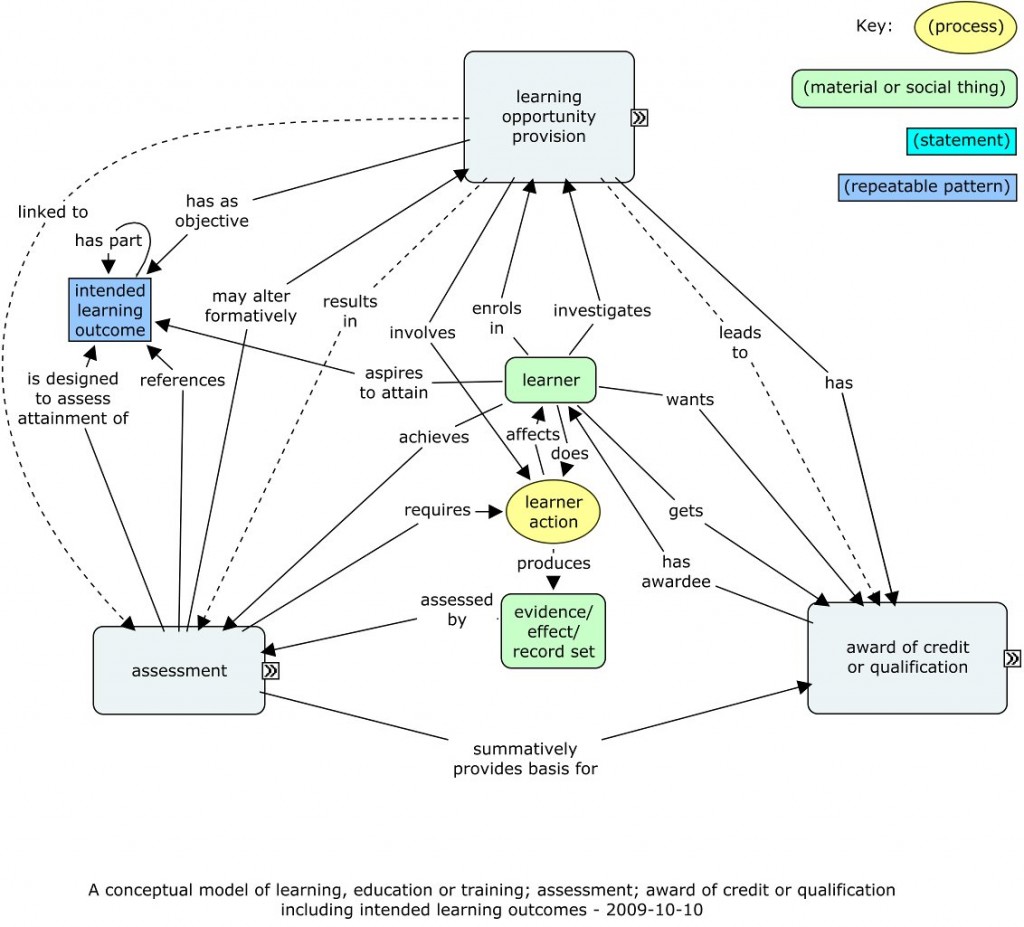 You can’t fail to notice that this is remarkably simpler than the previous version. What is important is to note the terms chosen for the groupings. It is vital to the communicative effectiveness of the pair of diagrams that the term for the grouping represents the things contained by the grouping, and in the top case — “learning opportunity provision” — it was Cleo Sgouropoulou who helped find that term. Most of the links seem to work OK with these groupings, though some are inevitably less than fully clear. So, on to the full, expanded diagram… 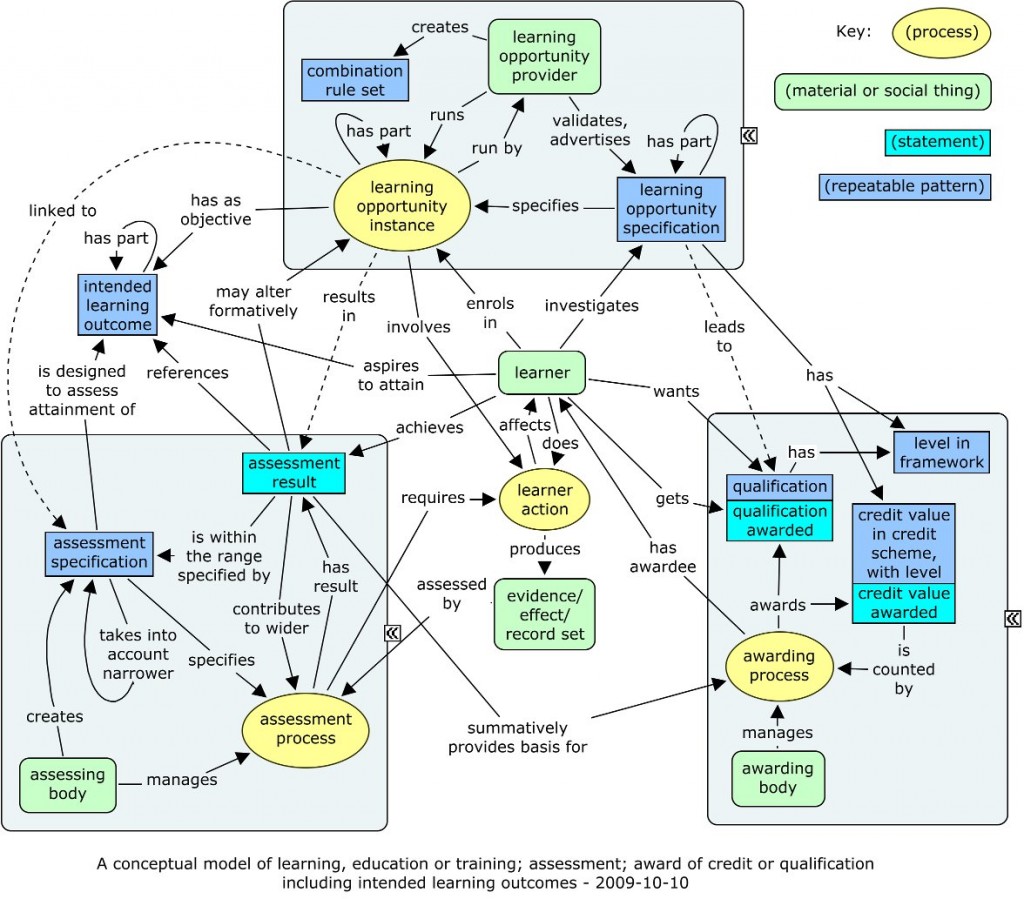 I was favourably impressed with the way in which CmapTools allows grouping to be done, and how the tools work.

Mainly the same things are there as in the previous version. The only change is that, instead of having one blob for qualification, and one for credit value, both have been split into two. This followed on from being uncomfortable with the previous position of “qualification”, where it appeared that the same thing was wanted or led to, and awarded. It is, I suggest, much clearer to distinguish the repeatable pattern — that is, the form of the qualification, represented by its title and generic properties — and the particular qualification awarded to a particular learner on a particular date. I originally came to this clear distinction, between patterns and expressions, in my book, when trying to build a firmer basis for the typology of information represented in e-portfolio systems. But in any case, I am now working on a separate web page to try to explain it more clearly. When done, I’ll post that here on my blog.

A pattern, like a concept, can apply to many different things, at least in principle. Most of the documentation surrounding courses, assessment, and the definitions about qualifications and credit, are essentially repeatable patterns. But in contrast, an assessment result, like a qualification or credit awarded, is in effect an expression, relating one of those patterns to a particular individual learner at a particular time. They are quite different kinds of thing, and much confusion may be caused by failing to distinguish which one is talking about, particularly when discussing things like qualifications.

These distinctions between types of thing at the most generic level is what I am trying to represent with the colour and shape scheme in these diagrams. You could call it my “top ontology” if you like, and I hope it is useful.

CmapTools is available free. It has been a great tool for me, as I don’t often get round to diagrams, but CmapTools makes it easy to draw the kinds of models I want to draw. If you have it, you might like to try finding and downloading the actual maps, which you can then play with. Of course, there is only one, not two; but I have put it in both forms on the ICOPER Cmap server, and also directly in CXL form on my own site. If you do, you will see all the explanatory comments I have made on the nodes. Please feel free to send me back any elaborations you create.

3 thoughts on “Development of a conceptual model 4”