This is a nice follow-on to my previous post regarding the web and the work of the W3C. As we’ve seen, the web and its technologies have been evolving and getting more powerful and while some will still eschew the growing relevance of the web (and its friendly neighbourhood viewing window, the browser) in a world of apps apps apps, the W3C continues to push forward its capabilities.

So step forward the newly formed Web Real-Time Communications Working Group. The mission of the group is to define a set of client-side APIs to enable real-time communications through the browser…video, audio, no plug-ins or downloads. The Charter page also states “supplementary real-time communication” so we’re also looking at screen sharing – or at least ‘browser window sharing’ – I think I’d be safe in saying.

One of the great things about this – imho – is that the working group will be looking closely at device APIs and pushing work on those forward, which, along with the DAP (Device APIs & Policy WG) should hopefully propel the development of APIs for device capabilities such as use of camera, microphone and the whole area of media capture and streaming. I then automatically think of the mobile space…mobile web apps for video chat anyone?

The working group has a timescale that looks at getting their first recommendations out toward the end of next year.

Want to see it in action? Well, Ericsson Labs (who are co-chairing the working group) rather kindly produced a video demo – Beyond HTML5: Peer-2-peer conversational video in HTML5. It is below…for your viewing pleasure. You can also read their accompanying blog post at https://labs.ericsson.com/developer-community/blog/beyond-html5-peer-peer-conversational-video 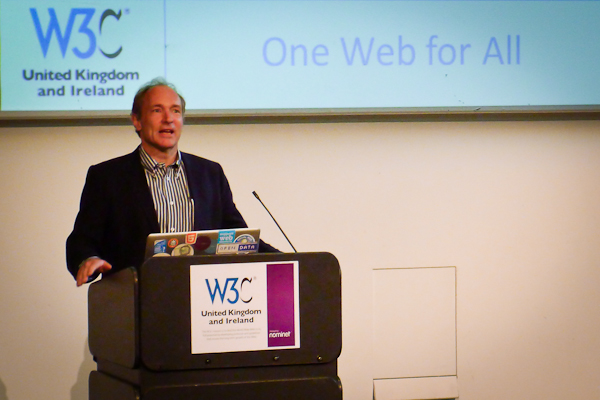