It’s coming to the end of the week long #moocmooc course and today’s activity is to design our own MOOC. Once again the course team have encouraged collaboration have used a google doc as collaborative space to share ideas and form ad hoc teams this Google Doc.

I’ve had a fascinating morning exploring ideas, designs, existing courses that people have shared. I really liked this existing wiki “Preparing your online self”,not least because had been thinking along those lines myself. In yesterday’s activity reflecting on what we have learned so far I did say that some kind of check list for both learners and teachers who don’t use social networking, web 2 “stuff” (in particular twitter) would be useful. From my existing network I knew that Grainne Conole had shared an outline for her upcoming Learning Design MOOC, so it was useful to have another look at that too.

I’ve also been thinking more about what I would want as a learner from a MOOC. This week has been pretty intense, and deliberately so. There have been many mentions of the sense of being overwhelmed, and I think there is a natural tendency to want to scaffold and be scaffolded that is really hard to let go of for both a teachers and learners.

“I like to imagine that MOOCs are a creative act, almost a sort of composition in and of themselves. They’re a composition that begins with one person or a team of people who design the course; but no MOOC is truly finished until the participants have had their say. To be creative in course design is to be both author and audience. We are the author of the themes and ideas behind the course, and the audience to how students / participants interpret, mold, revise — and what they fashion from — those themes and ideas. This is true in a classroom. This is true in a MOOC. . . Perhaps what frightens us most about MOOCs is the loss of control. In the new model of online pedagogy, the classroom has exploded; or rather, theories of classroom practice . . .”

Mainly because Twitter has proved invaluable this week. I’d maybe expand this slightly by adding: choose a topic, ask some questions, start following people and follow back and instructions that when things started to get a bit overwhelming: 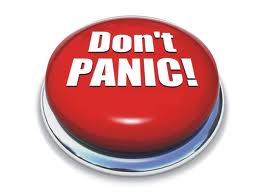 If you want to go down the cMOOC route like #moocmooc, then you have to be willing to let go, embrace chaos and interaction, diversions – all the things Dave Cormier talks about in his rhizomatic approaches. If however you want to be a bit more traditional, then the xMOOC model is probably a safer approach. That’s why the big guns have taken that approach. It’s controllable, scalable, doesn’t take staff away from their comfort zone, and isn’t (from the courses I’ve seen so far) really providing any challenging pedagogical approaches.

This may change and I’m looking forward to what the eLearning and digital cultures Coursera MOOC from colleagues at the University of Edinburgh will look like. An outline of their approaches is available here.

But for now, for me it’s back to twitter.